Don and Peggy Cochran, Basehor, announce the engagement of their daughter, Jamie R. Cochran, Tonganoxie, to Jason M. Schrick, Tonganoxie, son of Robert and Gloria Schrick, Linwood.
The future bride is employed as a registered nurse at Kansas University Hospital in Kansas City, Kan.
She is a 2002 Basehor-Linwood High School graduate.
The future groom is a 2000 Basehor-Linwood High School graduate.
The couple plan a May 5, 2012, wedding in Destin, Fla.

Debbie and Blaine Smith, Tonganoxie, and David Black, Reading, Pa., announce the engagement of their daughter Jennifer Black to Jonathan Schaber, both of Tonganoxie.
The future bride is a 1996 graduate of Culpeper County High School, Culpeper, Va.
The future groom is the son of Debbie and Jim Sutton, Leavenworth, and Fred Schaber, Merriam. He is a 1995 graduate of Tonganoxie High School.
The couple plan an Oct. 15 wedding at Victorian Veranda Country Inn in Lawrence. 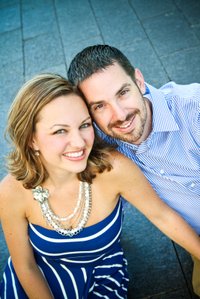 Terrence and Louis Holton, Tonganoxie, announce the engagement of their daughter, Lisa Holton, Shawnee, to Jon Balmer, Shawnee, son of Glenn and Anne Balmer, Spring Hill.
The future bride is a 2006 Pittsburg State University graduate with a degree in management and marketing and a 2003 Tonganoxie High School graduate. She works as a hair stylist in Overland Park.
The future groom is a 2001 graduate of Kansas State University with a degree in print journalism and a 1996 graduate of Blue Valley High School.
He works for GAF as a territory manager.
The couple plan a Sept. 3, 2011, wedding at Sacred Heart Catholic Church in Tonganoxie.
A reception will take place after the wedding at the historic Mission Theatre in downtown Mission.