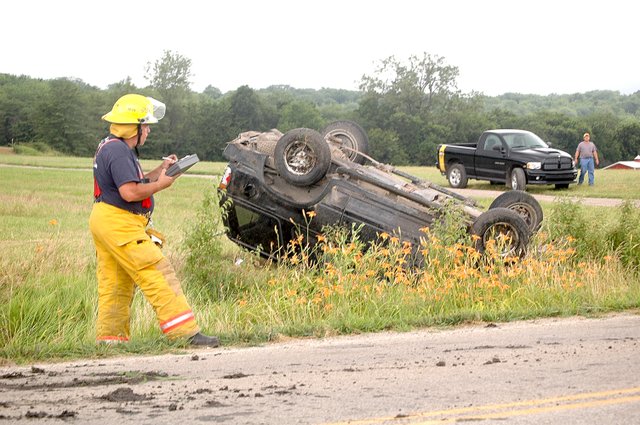 Sheriff's deputies on the scene said a passenger-side tire of the vehicle was believed to have veered off the northern shoulder of 207th Street when the driver overcompensated the other direction and lost control, rolling the SUV into a ditch on the southern side of the road.

The driver was reportedly conscious and aware of her surroundings with abrasions on her left shoulder before being evacuated by Leavenworth County EMS.

Deputies said she was wearing her seatbelt at the time of the crash.