Local elections for city council and school board are Tuesday.

For the City Council races, the two incumbents will run to remain on the governing body. Curtis Oroke is seeking a second term, while Lisa Patterson will seek a full term. Patterson was appointed earlier this year to take over Kara Reed’s seat, as the former council member stepped down with her move out of city limits. This year’s council race has two challengers with experience on a municipal board. Jake Dale and Zachary Stoltenberg both currently serve on the Tonganoxie Planning Commission board. 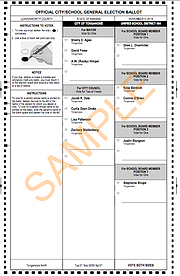 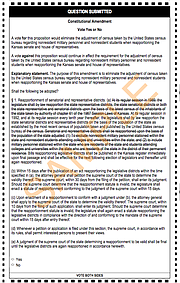 Tonganoxie Mayor Jason Ward will not be seeking another term. Ward first joined the Council in 2005. He eventually was appointed mayor and then successfully won two terms as mayor.

Current City Council Member Rocky Himpel will run for mayor, joining a field of three vying for the mayoral position. David Frese also is running for mayor. Frese serves on the Tonganoxie Public Library and Tonganoxie Recreation Commission boards and narrowly lost in a bid a few months ago to become the first commissioner to serve in the Leavenworth County Commission’s new Fifth District.

Sherry E. Agee also is running in the mayoral race.

If Himpel were to win that race, the five-member council would have a vacancy with his current seat. The governing body would appoint someone to finish out Himpel’s unexpired term in that scenario.

The third school board member up for election, Shelly McGhee, opted not to run for a second term.

Baldock was elected in 2015, while Overmiller was appointed last year to Position 1 after former board member Amelia Brusven stepped down.

Stephanie Shupe is running unopposed for Position 7. She was appointed last year after Bryan Kemp stepped down.

Kemp, Brusven and McGhee all were elected in 2015 alongside Baldock.

City Council seats and mayor all are at-large seats, which means voters cast ballots based on all candidates regardless of where they reside in the city.

School board has six positions determined by districts, with the seventh being an at-large seat. That means candidates must live in a certain district to run for that position. The at-large seat is open to any resident in the district. Voters cast ballots in all school board races each election.

All Kansas Voters also will decide Tuesday whether to update how it counts the U.S. Census for legislative redistricting purposes .

The current method doesn't count college students and military personnel as residents because it's not their "permanent" residence.

Kansas Secretary of State Scott Schwab favors a change to the Kansas Constitution, arguing that the method is outdated and costs nearly $835,000 in estimated costs contacting those students and military personnel.