Children will get to see Santa and watch as the downtown Christmas tree lights up Saturday in Tonganoxie. 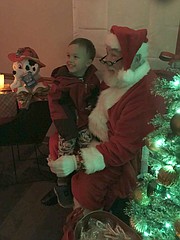 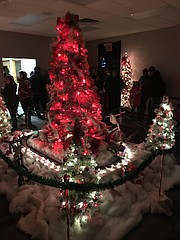 The annual Mayor’s Christmas Tree Lighting festivities will be 4:30-8 p.m. at the downtown pocket park, Fourth and Delaware streets, along with nearby spots.

This year’s theme is Letters to Santa.

There also will be music from various Tonganoxie student musicians and singers, food trucks and hot chocolate, along with horse-drawn carriage rides.

This year’s celebration also will be the final one for Jason Ward as mayor.

As part of the mayor’s tree lighting, Ward has challenged Tonganoxie Elementary School students for a food drive benefiting Good Shepherd Thrift Store and Food Pantry in Tonganoxie. The pantry assists families in both Leavenworth and Jefferson counties.

The class that raises the most cans also traditionally gets to help Ward in turning on the big switch on the tree.

Check out next week's edition of The Mirror to learn about the winning class.

Youths can also have breakfast with Santa next month. The breakfast is a fun, family event that benefits Tonganoxie High School’s After Prom.

The $5 cost includes a pancake and sausage breakfast, photo with Santa and crafts for the youths. There also will be a silent auction with lots of goodies.