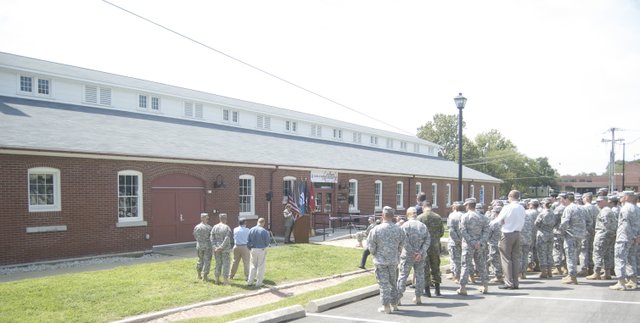 A crowd of U.S. Army School of Advanced Military Studies students, fellows, faculty and others gathers for the official re-opening of Muir Hall at Fort Leavenworth on Monday. The building, which was originally built around the turn of the 20th Century as a horse stable, is the new headquarters for the SAMS after the completion of $12.2 million worth of renovations.

Fort Leavenworth on Monday unveiled the new home of its top-level Army planning school after $12.2 million worth of renovations to a building originally built to house horse stables.