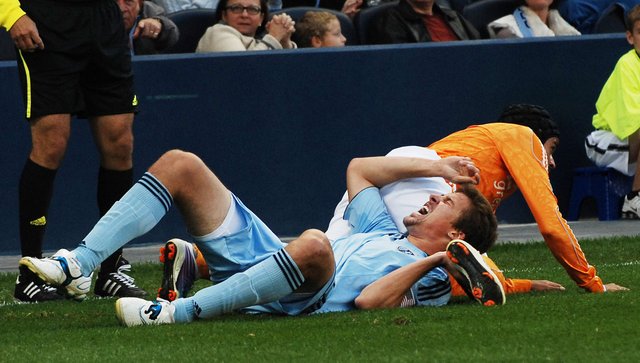 Sporting Kansas City defender Matt Besler grimaces in pain after being tackled by Houston's Calen Carr. Carr received a yellow card for a reckless tackle on the play.

Sporting Kansas City needed a little more LIVESTRONG Sporting Park magic for one last comeback, but in the final home game of a season that has featured numerous remarkable finishes, there was no magic to be had.