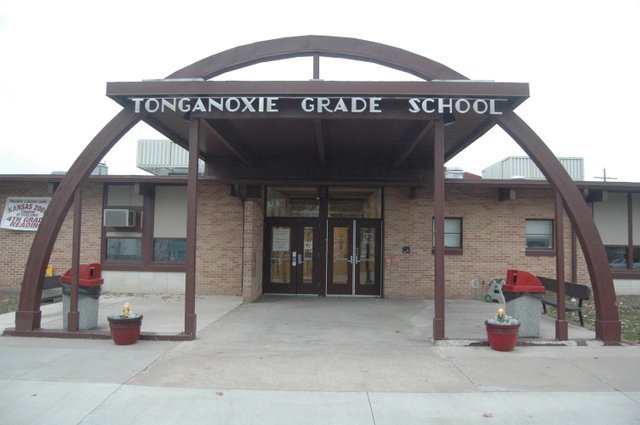 The votes are in for the top stories of 2012. The successful November bond issue for a new Tonganoxie elementary school, a new city administrator and the Tonganoxie High School debate team making history were some of the top stories.

The former Tonganoxie Elementary School will serve a new purpose. Tonganoxie School Board members approved, 6-1, a bid for $76,101 from Pat Studer of the Kansas City area. According to district officials, Studer is looking to repurpose the property as a cabinetry business.

The future of Tonganoxie’s former elementary school could be decided Monday. Tonganoxie USD 464 is expected to make a decision on the winning bidder at Monday’s Tonganoxie School Board meeting, though only one bid was submitted, Superintendent Lyn Rantz said Tuesday.

What has been a hub of activity for Tonganoxie children for several years could become a prime locale for senior citizens. The current Tonganoxie Elementary School campus, which takes up two city blocks from Second to Fourth streets near downtown, will be moving to a new building later this year near Tonganoxie Middle School.

Modernization of current TES could cost more than $3 million

As the new Tonganoxie Elementary School continues to take shape near Tonganoxie Middle School, the future of the longtime elementary school at Fourth and Shawnee streets continues to be discussed. With it comes some potentially large price tags.

As work on the new Tonganoxie Elementary School progresses, USD 464 officials will have to come to a decision: what should become of the existing building when the new school is completed in 2015.

2012 offered plenty of headlines in the Tonganoxie area.