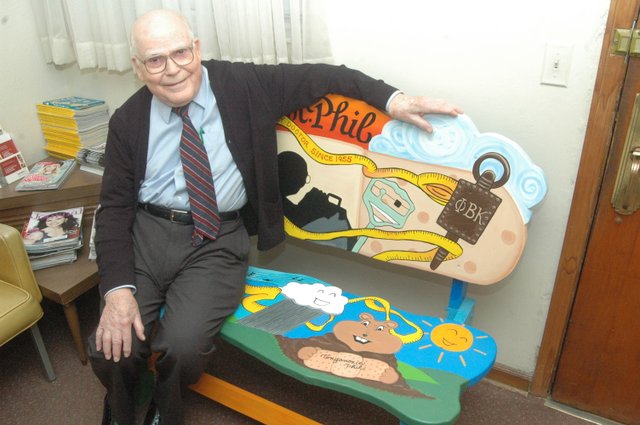 When Dr. Phil Stevens opened his office in Tonganoxie, the office came with a General Electric refrigerator. The fridge still is going strong — and so is Stevens. That was exactly 60 years ago to the day today. Stevens started his practice on July 1, 1955, in the office at 605 E. Fourth St.

Longtime Leavenworth County physician Dr. Phil Stevens also is known as Tonganoxie Phil. Stevens explains how he got the name, which he’s known for each February with Groundhog Day.