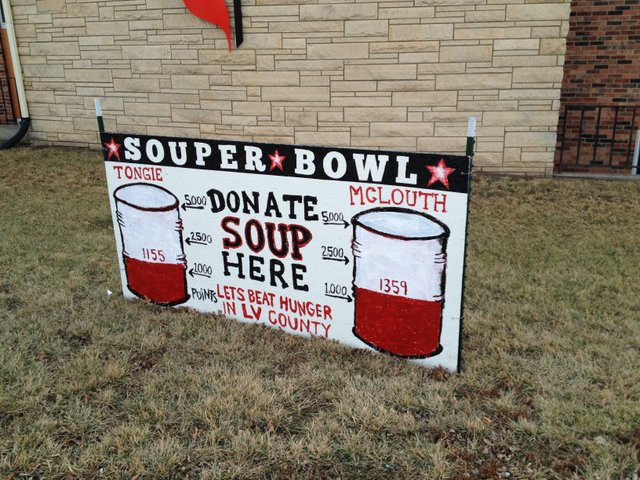 A sign outside Tonganoxie United Methodist Church shows that McLouth has started the first weekend of the Souper Bowl Challenge with about 200 more points. McLouth church members have gathered 779 cans to Tonganoxie's 701 after the first weekend.

Souper Bowl drive continuing until Saturday The annual Souper Bowl Community Soup Drive has started. The drive is a friendly competition featuring McLouth and Tonganoxie United Methodist churches to see who can collect the most cans to help those in need.

Though Sunday’s games determined that Seattle and Denver would be meeting in the Super Bowl, two local “teams” have known of their Souper Bowl opponent for some time.