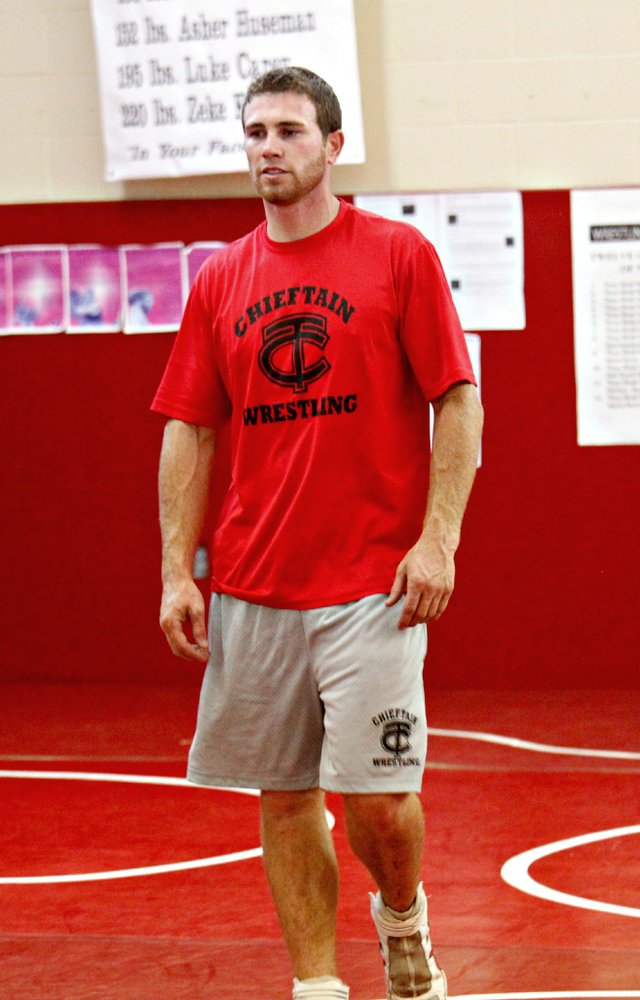 Former Tonganoxie High wrestling standout Ross Starcher has taken the reins of the Chieftain program after spending the last six years as an assistant coach.

Korbin Riedel, Patterson Starcher and Devin Duncan led the way for Tonganoxie High at its Randy Starcher Memorial Tournament on Saturday at the THS gymnasium.

The Tonganoxie High wrestling team will be riding some momentum into the Kaw Valley League tournament Feb. 14 in its home gymnasium.

The Baldwin Invitational Tournament was a bit of an experiment for the Tonganoxie High wrestling team. Some wrestlers competed at new weights as the team looked to compete against a solid field. In the process, the Chieftains lost one wrestler for the year.

Tonganoxie High put six wrestlers in the finals of the Randy Starcher Memorial Tournament on Saturday at the THS gymnasium. None of them disappointed as the Chieftains finished 6-0 in those matches.

Since first stepping on the mat as a freshman in 2001, Ross Starcher has made a lasting impact on the Tonganoxie High wrestling program in the circle, as well as on the sideline. Now, the former Chieftain standout will have a chance to make his mark as the head coach.