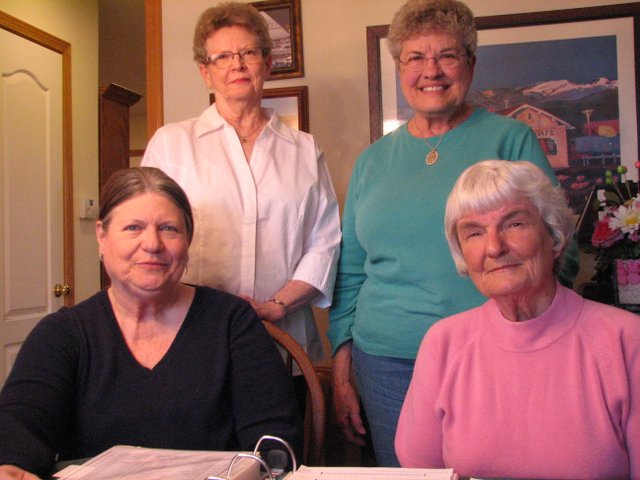 (Top Row) Judy Ward and Karen Meredith stand with Jean Pinick and Connie Puttholf in Meredeth’s home in Tonganoxie. The women are four of the 12 charter women who began the Ephriam Basehor Chapter of the DAR.

Local Daughters of the American Revolution chapter is not only digging up history, they're making it

The Ephraim Basehor Chapter of the DAR, consisting of 25 members from Basehor, Bonner Springs and Tonganoxie, is starting its second year full year as a chapter. In 2013, 3,906 women joined DAR chapters across the country, making it the biggest year for new membership in the 123-year history of the organization. Kansas now has 60 of its own chapters.