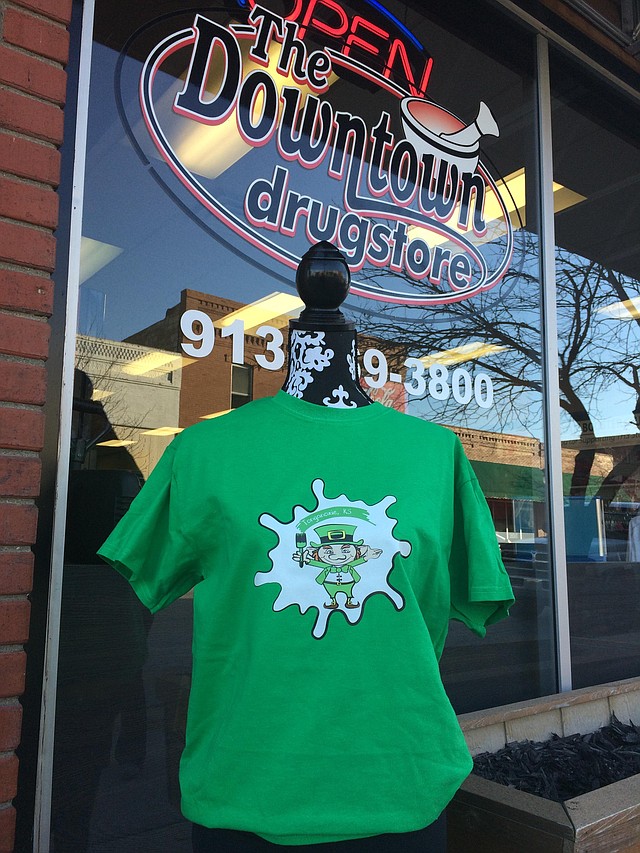 New T-shirts for Tonganoxie's St. Patrick's Parade are available at The Downtown Drugstore. This year's parade is 10 a.m. Saturday. Tonganoxie High School art students will be painting a city-approved stripe down Fourth Street for this year's parade with washable paint.

Irish fun despite lack of sun in Tonganoxie

A light snow couldn’t dull the green Saturday in downtown Tonganoxie. The annual St. Patrick’s Parade made its way through downtown Saturday morning. The overall parade winner was Ladies with Libations and Literacy. Youth winners were the Tonganoxie High School Marching Band and the Happy Helpers 4-H Club.

Leprechauns again will be painting the town green, this time in advance of Saturday’s Tonganoxie St. Patrick’s Parade. But city officials won’t be issuing any citations this year. Sarah Breuer, one of the organizers for this year’s parade, said Tonganoxie High School art students would be painting a stripe down Fourth Street, along with additional artwork.