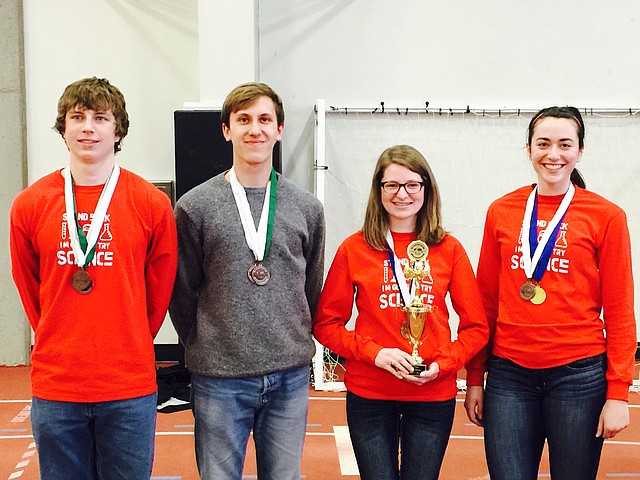 Seniors on this year's Tonganoxie High School Science Olympiad team are, from left, Garrett French, Brad Andrews, Danielle Irwin and Grace Reilly. THS will compete April 4 at the state competition on the Wichita State University campus. The squad placed third at regionals a few weeks ago at Johnson County Community College. THS was the top team in the small-school division. The squad placed second at state in its division last year.