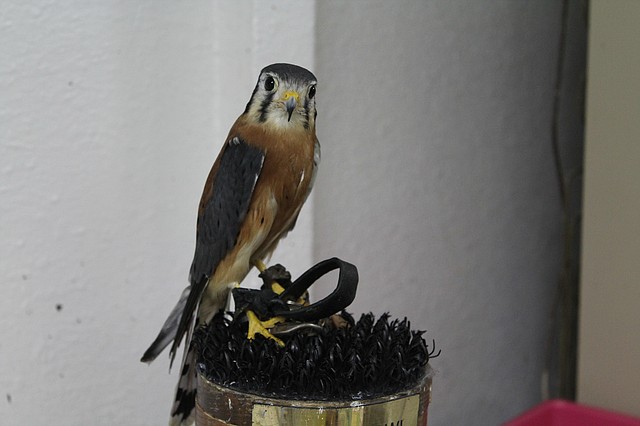 This American Kestrel, named Mr. G, now has a home at Operation WildLife in Linwood. When animals have imprinted on humans or are permanently injured and cannot be released, OWL used them for public education.

The heavy storms that hit the area this spring did more than flood basements, knock down tree limbs and lead to the frequent mowing of lawns.