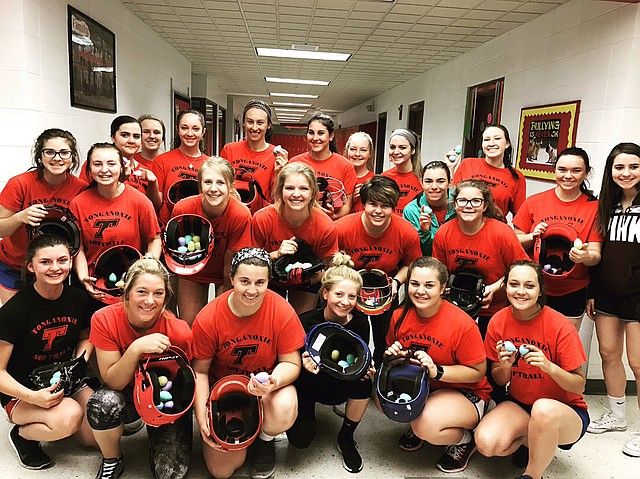 Doubleheaders against future Frontier League foes Spring Hill and Paola provided an interesting outcome among the three teams. Paola swept Tonganoxie on Thursday, 12-2 and 14-7 in Tonganoxie. The next day, the Chieftains had to face Spring Hill, a team that had swept PHS earlier in the week.

Tonganoxie High softball moves to 9-1 after split with Turner

Tonganoxie is 9-1 on the season after getting shut out against Turner last week. The Chieftains held off Lansing, 7-6 and 9-7 on April 18 and then fell, 5-0, to Turner on Thursday. Trailing 2-0 late against Turner in Game 2, Tonganoxie rallied for 3 runs in the bottom of the seventh for the thrilling victory.

Early on in the 2017 Tonganoxie High softball campaign, coach Stephanie Wittman thought her team had its strengths, but one intangible continues to be the squad’s biggest asset. “I think our team chemistry is the top thing going for our team right now,” Wittman said. It’s hard to argue with Wittman there.