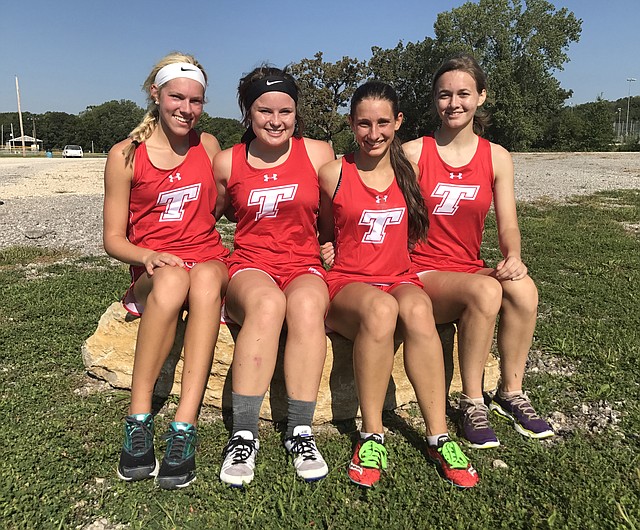 Tonganoxie swept the varsity races at its home invitational last week. The boys had the winning low score of 35, while the girls scored a 26 on Sept. 19 at the Leavenworth County Fairgrounds. In the boys meet, Manhattan took second (60), Topeka West third (92), Wyandotte fourth (108), Atchison fifth (109) and Bishop Seabury sixth (109).

Tonganoxie High cross country opened the season with a dual Saturday against Lansing at the Leavenworth County Fairgrounds in Tonganoxie. The Lions swept the varsity duals. On the girls side, Lansing won with the low score of 17 to Tonganoxie’s 44. For the boys, it was a similar result, as LHS scored 17 and Tonganoxie 40.

The Tonganoxie High cross country team is ready to build on last year’s big finish at state. With both teams finishing in the top 5 in the same year at state — a feat the program hasn’t accomplished since the early 1990s — this year looks to be promising on paper. Gone are some top runners to graduation, such as Emily Chambers and Drew Cook. But John Tollefson’s team returns with a loaded senior class on the girls side and a boys team that features solid seniors and up and coming seniors.