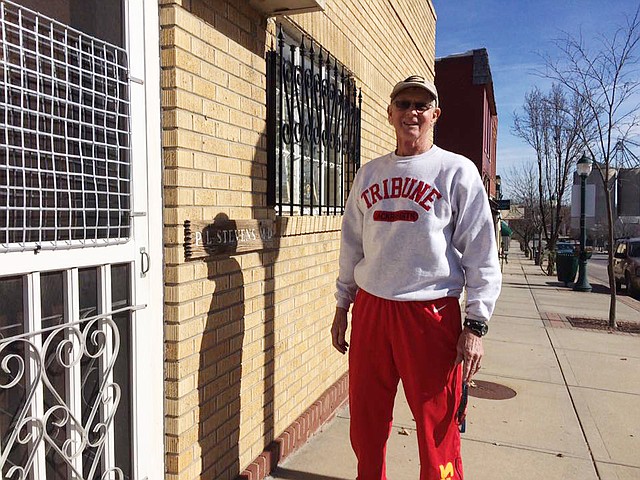 Phil Jeannin stands outside the late Dr. Phil Stevens’ medical office. Stevens served as Tonganoxie Phil for several years predicting the weather like Punxsutawney Phil. Another Phil from Tonganoxie assumed the role for this year.

Philling in for a legend in Tonganoxie

Groundhog Day was last week, which for many years meant Tonganoxie Phil, aka Dr. Phil Stevens, would emerge from his office to check whether he saw his shadow. One of Tonganoxie’s most beloved citizens, Stevens died in 2015 on the 60th anniversary of practicing medicine.