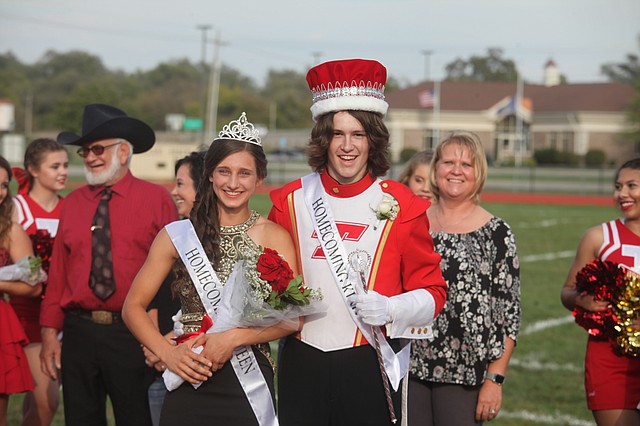 Sierra Staatz and Gage Smith are THS Homecoming royalty for 2017. The two were crowned Friday at Beatty Field before the Tonganoxie-Turner game Oct. 6, 2017.

Rain couldn’t put a damper on Tonganoxie Homecoming festivities Friday. With weather forecasts calling for severe weather Friday night, school officials moved up the coronation ceremony to 4:45 p.m. and the football game to 5:30 p.m. at Beatty Field. The 90-minute move in scheduling, it was hoped, would get everything out of the way before storms came. Though it was a rainy evening, the weather didn’t get to Tonganoxie until later. Gage Smith and Sierra Staatz were named Homecoming king and queen.