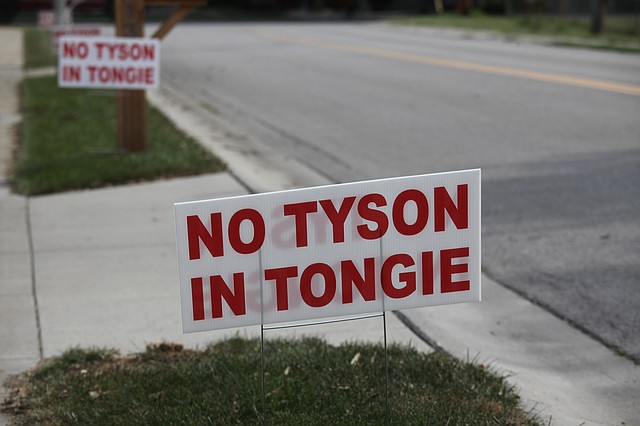 Jen Peak has watched a community mobilize for a common cause in the span of a week. She was in downtown Tonganoxie on Sept. 5 when Gov. Sam Brownback and officials from Tyson Foods Inc. announced plans for a massive $320 million chicken-processing plant on two properties along Leavenworth County Road 1 south of Tonganoxie. With opposition signs in tow, Peak and other members of Citizens Against Project Sunset were at the announcement.