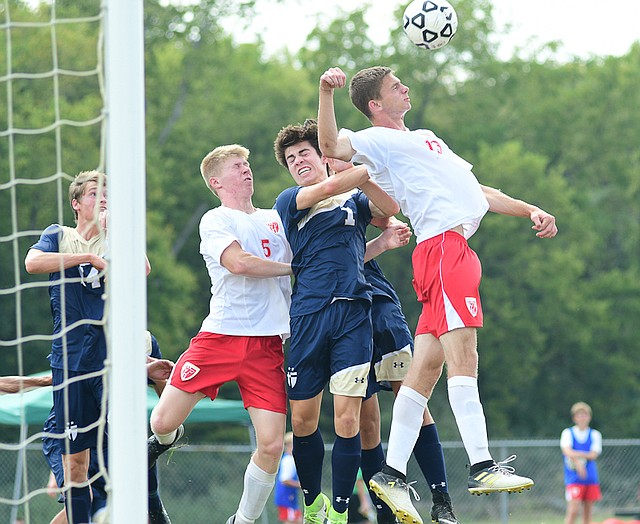 Tonganoxie High boys soccer has finished the regular season without a loss. THS celebrated many upperclassmen with Senior Night on Thursday against Kansas City Christian at Chieftain Park. The two teams then battled for two halves and two overtimes before finishing in a scoreless tie. Now 14-0-2, Tonganoxie is two wins from matching the school record for victories in a single season as THS enters the postseason.

The Tonganoxie High football team keeps pushing toward an undefeated regular season, but the Chieftains still have tests against Piper and archrival Basehor-Linwood that will determine the team’s record as THS looks to make a playoff run. For their counterparts on the pitch, the THS boys soccer team has one more match in the regular season — Senior Night on Thursday at home against Kansas City Christian.

Whether by rout or rally, the Tonganoxie High boys soccer team has found various ways to win. On Friday, the Chieftains had arguably their most exciting match of the season. Playing against Maranatha in Shawnee, Tonganoxie played catch up much of the night. Although THS led, 1-0, in the first half, the Chieftains trailed, 3-1, at one point in the second half. But once again, Tonganoxie battled back.