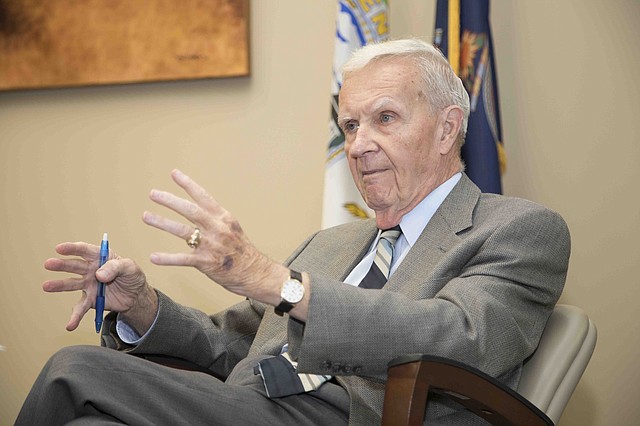 Clyde Graeber, longtime Leavenworth County Commissioner, is stepping down from his position today, Thursday, Sept. 28, 2017, due to health issues. He also served as a state representative and Leavenworth City Commission.

Graeber replacement would have to run in 2018

Clyde Graeber’s replacement on the Leavenworth County Commission will have to run for election in 2018 if the appointee wants to stay on the board beyond the resident’s appointment. Leavenworth County Clerk Janet Klasinski explained the timeline this week. Graeber, who announced Monday that he would be stepping down next week because of health concerns, was elected to another term this past November. His last meeting is Thursday.