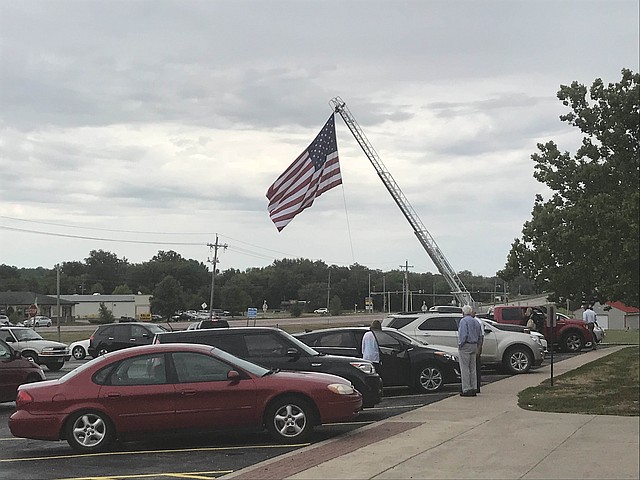 The community paid tribute to Larry Meadows on Thursday with services at the Tonganoxie Performing Arts Center. Even in his final days, he was discussing ideas for community projects he would have liked to see become reality. Bill New spoke at Meadows’ funeral and told of conversations they had in Meadows’ final days. Meadows would like the city to have an archway as a welcoming entrance to the city. Ideally, Meadows wanted the archway at Fourth Street/Kansas Highway 16 and U.S. Highway 24-40. He also had hopes potentially for another at U.S. 24-40 and Main Street.