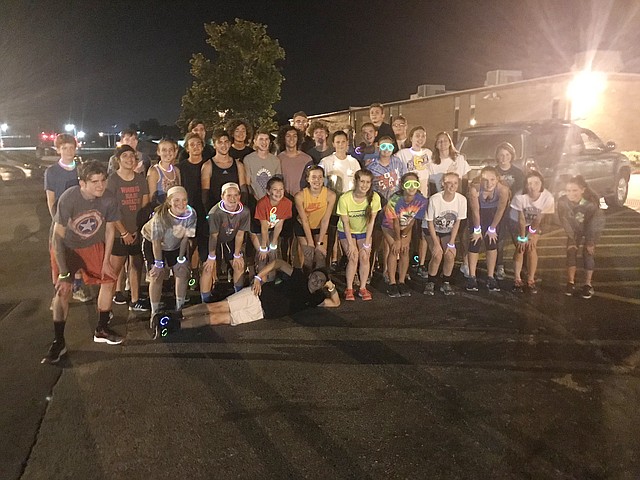 The 2018 Tonganoxie High cross country team gathers before heading out for its first practice of the season in the wee hours Monday. The tradition has continued for several years.