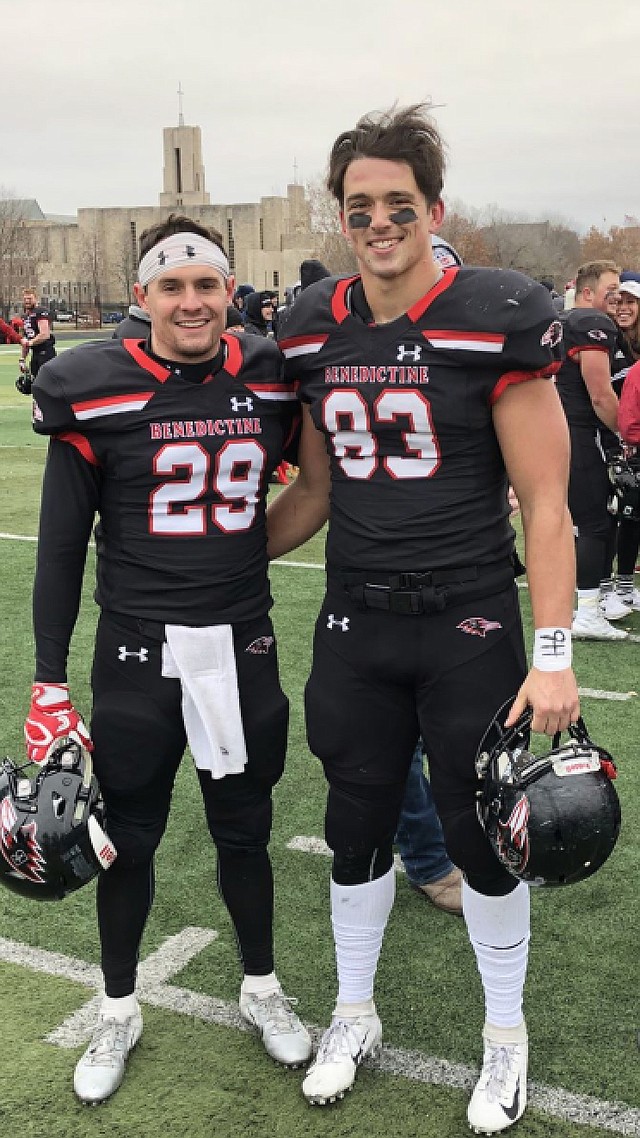 Benedictine football players Jared Sommers (29) and Carl Hecht (83) are seniors this year on the BC team. Both are Tonganoxie High graduates who will be playing in the NAIA national championship game Saturday. It’s Benedictine’s first appearance in the football national championship. Fellow THS graduate Cole Holloway, who also played at BC, serves as a student assistant coach for the Ravens.

Tonganoxie High alums will be playing — and coaching — in a national championship football game Saturday in Florida. Benedictine College seniors Carl Hecht and Jared Sommers will be playing in the NAIA college football national championship at 5 p.m. CST Saturday in Daytona Beach, Fla. Fellow THS graduate Cole Holloway is a student assistant coach for the Ravens. No. 7 Benedictine (13-1) will take on No. 1 Morningside (14-0) at Daytona Stadium. Morningside, which is in Sioux City, Iowa, defeated No. 8 Saint Francis (10-3) in a thriller, 34-28, in overtime.