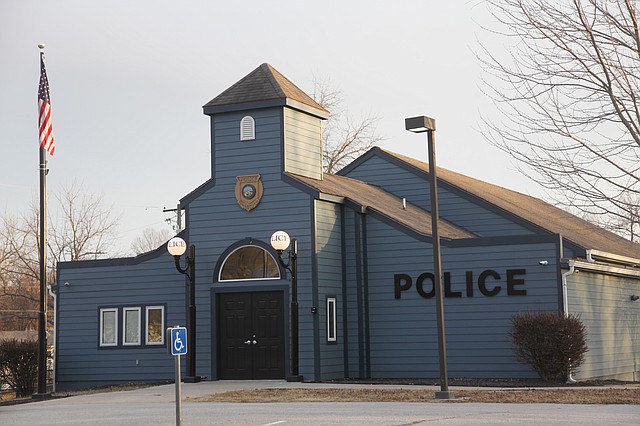 The Tonganoxie Police Department is at Sixth and Church streets.

Tonganoxie experienced a string of vehicle thefts and burglaries in the past week, though the city’s police chief reminds residents to continue to be mindful of the potential for more attempted thefts. Between March 23 and Monday, four vehicles were stolen and another five were burglarized in the northeast portion of town in the subdivisions near FastTrax at U.S. Highway 24-40 and Stone Creek Drive.

Drivers can continue to expect increased police presence on the city streets as the Tonganoxie Police Department joins agencies across Kansas in enforcing traffic laws with a primary focus on occupant restraint.

Drivers can expect increased police presence on the city streets as the Tonganoxie Police Department joins agencies across Kansas in enforcing traffic laws with a primary focus on occupant restraint. The increase in activity is in conjunction with the 2020 Kansas “Click it or Ticket” campaign. This campaign started Monday and continues through May 31. is made possible througha Kansas Department of Transportation grant. All motorists and passengers are encouraged to stay safe and use their seatbelts.

The Tonganoxie Police Department will have increased traffic patrol within the city limits from May 20-June 2. TPD joins 180 other law enforcement agencies in aggressively enforcing Kansas occupant restraint laws as part of the 2019 Kansas Click It or Ticket campaign. The activity is supported through a grant from the Kansas Department of Transportation.

A chase through a portion of Tonganoxie late Monday night ended up with an alleged suspect surrendering outside of town. The stop took place about 11 p.m. within the city limits, according to police Lt. Brandon Marshall. It was determined during the routine stop that the driver, a 31-year-old Tonganoxie man, had an expired registration.

The Tonganoxie Police Department is reaching out to residents as it investigates a series of auto burglaries and a stolen vehicle.

A motorcyclist died Friday night following an accident involving a Tonganoxie Police officer. The accident happened just before 6 p.m. near U.S. Highway 24-40 and Village Street in Tonganoxie. Tonganoxie police officer Nicholas Ontiveros, 33, Lansing, was driving a 2015 Ford Explorer west on U.S. 24-40 when he activated his emergency lights and made a U-turn in attempt to stop a vehicle traveling east on the highway, according to Kansas Highway Patrol reports.

Greg Lawson is the next Tonganoxie police chief. City officials announced his hire last week. According to a pres release Lawson’s hire came after an extensive and competitive search that attracted 33 applicants. Lawson was the top choice of two finalists after a tiered interview process that included final interviews conducted by two Blue Ribbon Committees, one comprised of public safety personnel and the other of community representatives.