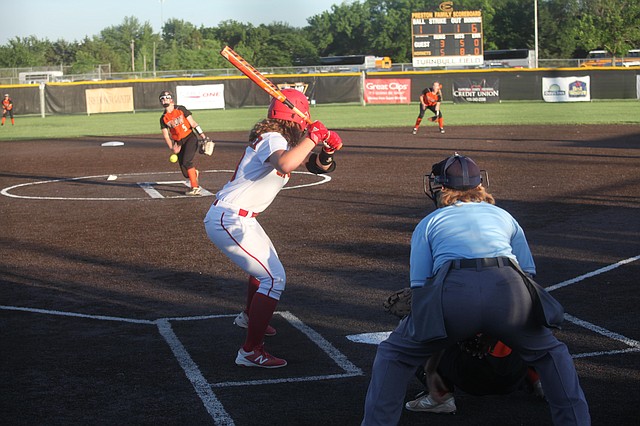 As the temperature kept rising on a humid morning in Emporia, the Tonganoxie High softball team seemed to be cucumber cool. Tonganoxie opened its Class 4A Division I state tournament with a quarterfinal game against Andale. THS struck first on a Brenn Shryock slap hit that scored Audrey Miller, who originally got on base with a double that nearly cleared the fence. THS was cruising with a 1-0 lead when Andale answered with four runs in the fourth and another in the fifth.