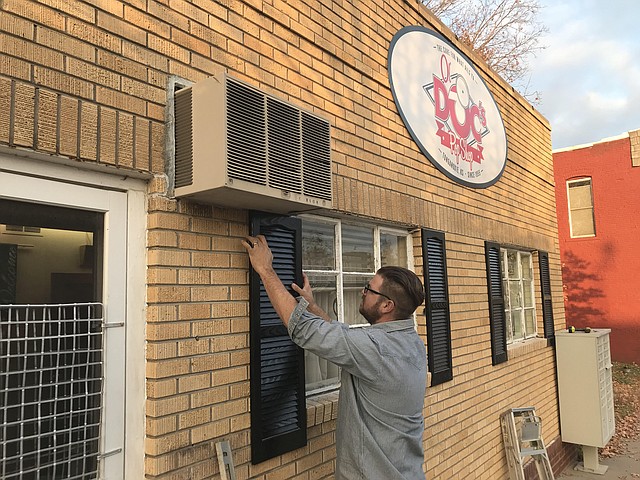 Mike Ryan works on sprucing up the front of Ol' Doc's Pop Shop this past November in downtown Tonganoxie.

Lulu Stevens hopes Ryan’s Public House takes third place in people’s hearts. No, that’s not third place as in the third-best choice or option. It’s a concept in larger cities in which maybe there’s a pub on one corner and a grocery store on another. It’s the concept that home is first place and work is second place. The third place offers an escape from those other places and a way for civic engagement.