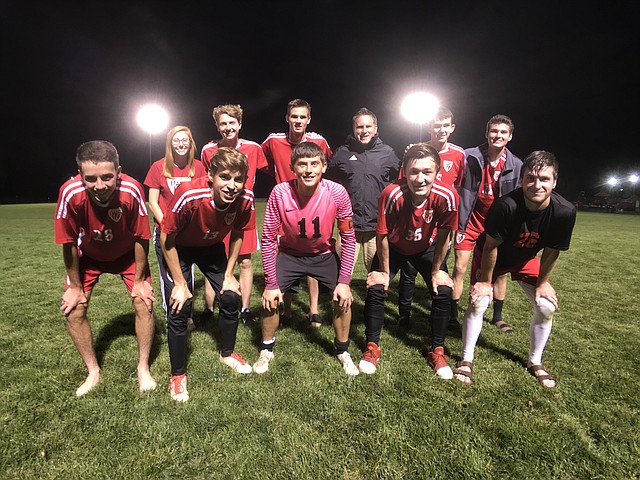 Eudora wins rematch against Tonganoxie, knocks Chieftains out of playoffs

Tonganoxie High soccer went into halftime of its Class 4-3-2-1A regional opener Monday in Eudora in a scoreless tie. But in a rematch of its season finale last week on Senior Night in Tonganoxie, Eudora had the upper hand in the second half. The Cardinals won, 2-0, Monday, knocking the Chieftains out of the playoffs in the first round.

Tonganoxie High sent its veteran players out on a high note in their last home match. THS defeated Eudora, 2-1, Thursday on Senior Night. The Chieftains (6-6-1 overall and 3-4-0 in Frontier League play) got out to a 2-0 lead in the first half and held onto it. The Cardinals scored once in the second half, but THS didn’t allow an equalizer.