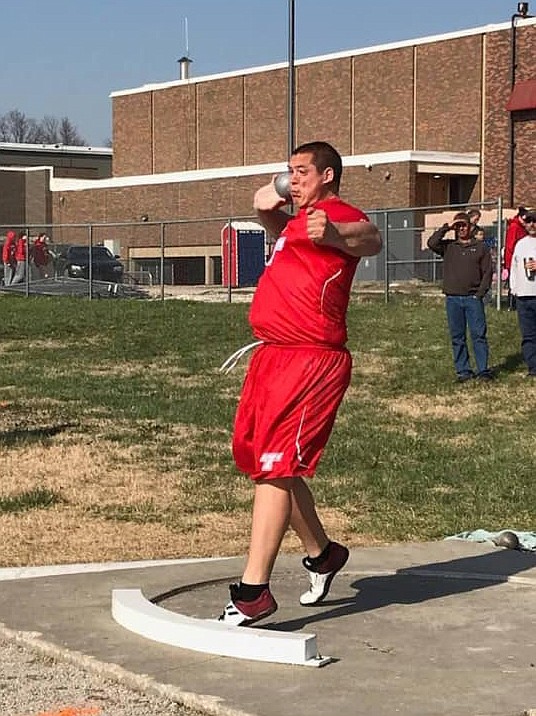 Cole Sample broke his own school record again Saturday at the Kansas Relays. Competing in the shot put on Saturday, The THS junior threw 58 feet, 11.5 inches on his second attempt to finish fourth overall. It was his second event at the Kansas Relays and he finished in the top 12 in both. Sample’s throw put him in second place at the time and he didn’t improve in the finals. Sample scratched on his fifth throw – his furthest of all six.

The Tonganoxie High girls track team opened the season with a title and a member of the boys team got a new school record Monday at the Ottawa Invitational. The girls team won the meet with 129 points, with Ottawa taking second with 119. Maur Hill took third (36), Heritage Christian fourth (36), Hayden fifth (33), Kansas City Washington sixth (18) and Bishop Seabury seventh (6).