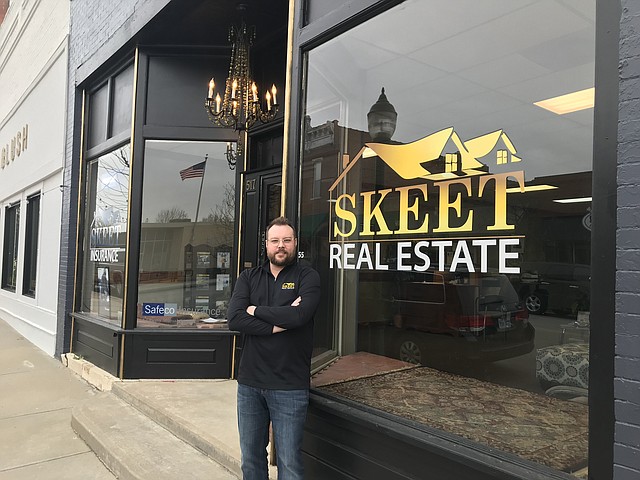 Steve Skeet stands outside his new business location in downtown Tonganoxie. Skeet Real Estate recently moved from its former location on Front Street to the 500 block of Fourth Street. Skeet updated the facade of the new building, including the light fixture above the front door.

Steve Skeet is settling into his new office in downtown Tonganoxie. Skeet, who became a Realtor in 2009, has moved Skeet Real Estate to the 500 block of Fourth Street. His office is in the former Kramer and Associates building. The downtown space is a 3,000-square foot building with a great deal of history — it was built in 1889, as it was a bakery, ice cream shop and even a bus stop in previous lives.