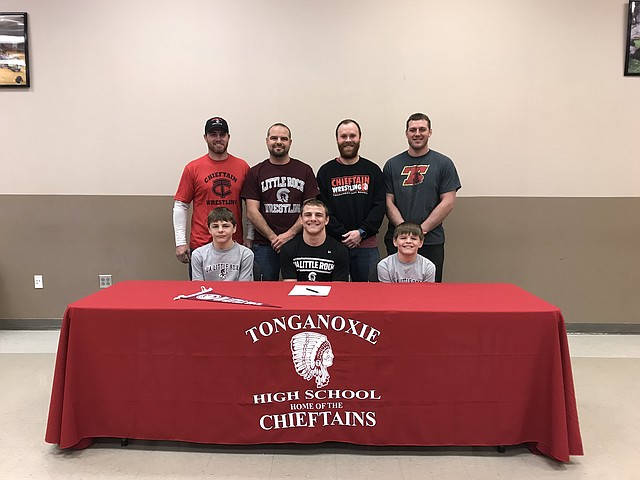 Korbin Riedel signs a National Letter of Intent to compete in wrestling at the University of Arkansas-Little Rock. Riedel won a state title in February in Salina, becoming the first THS wrestler in program history to win a state title.

Korbin Riedel is headed to points south to continue his wrestling career in college, but he will be spending a lot of time competing on the West Coast with his new team. The 2019 Tonganoxie High graduate singed a National Letter of Intent to wrestle at Arkansas-Little Rock, which is a Division I program.