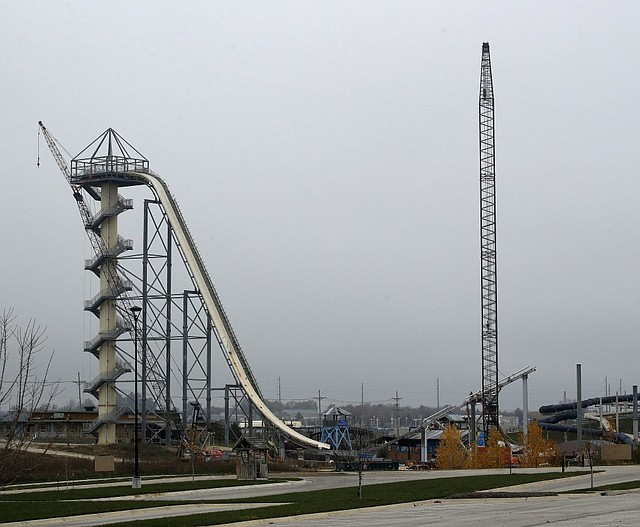 Crews dismantle the 17-story Verrückt water slide at the Schlitterbahn water park Tuesday, Oct. 30, 2018, in Kansas City, Kan. The waterslide, which was billed as the world's tallest, has not been used since a 10-year-old boy was decapitated more than two years ago on the ride.