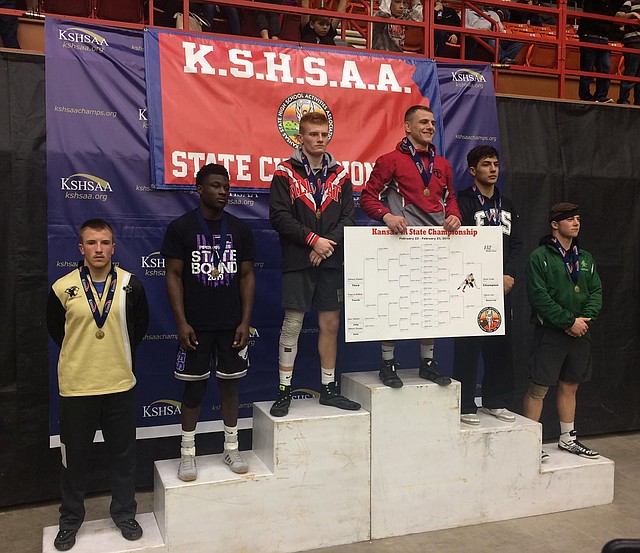 Korbin Riedel’s goal had been unchanged since his freshman year, but history had shown it to be a tall order in Tonganoxie. The senior’s end goal always was to be a state champion. The THS wrestling room has plenty of wall plaques indication accolades and state medalists, but there was a void: no state champions. The wall decor soon will be changing. On Saturday, Riedel became Tonganoxie High’s first gold medalist — and the program’s first undefeated champ to boot.