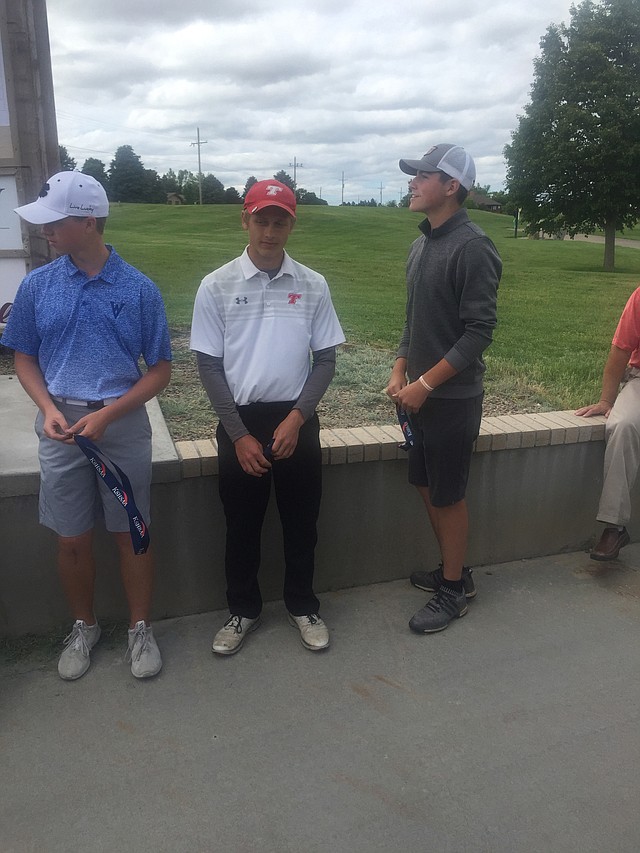 Tonganoxie High senior Jacob Hall stands with other state placers following the Class 4A state golf tournament Wedensday, May 30, in Dodge City. Hall placed 11th at the meet, which resumed nine days after the original tournament was postponed and moved from Winfield to Dodge City.

Tonganoxie High finally got to compete in the state golf tournament. THS senior Jacob Hall tied for 11th Wednesday, May 30, as the team placed ninth at state. “I think we did OK,” said THS coach Doug Sandburg. “We were missing two of our guys.” “Spencer Gratton did a great job subbing in for one of them.”