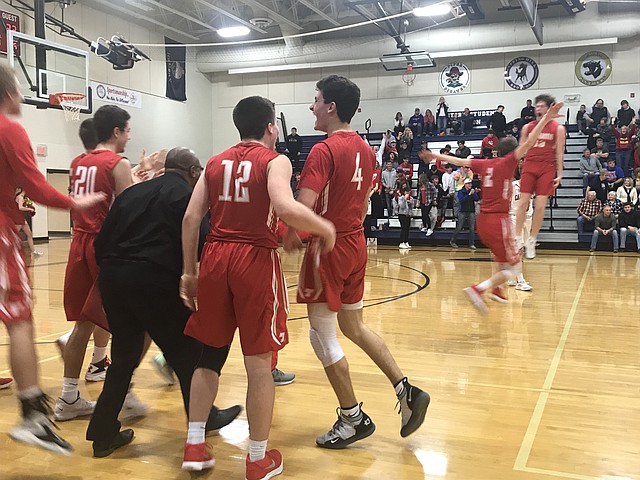 McLouth High's Colton Pope awaits a pass from a teammate during the Bulldogs' Class 2A state quarterfinal game Wednesday, March 6, in Hays. Looking on are teammates Asher Robbins (21) and Jeremy Carlton (1). MHS lost to Pittsburg Colgan, 48-41.

Last week’s Class 2A state basketball quarterfinal pitted the newbies against the old guard. Sure, McLouth had a veteran team, including seasoned guards, heading into the Bulldogs’ first state appearance since 1960. But even Pittsburg Colgan had the advantage on paper in that statistic — McLouth five seniors and seven upperclassmen overall compared to Colgan’s seven seniors and 10 upperclassmen overall. And then there’s the contrast in history. McLouth’s exciting run this year included the school’s first state berth in almost 60 years.