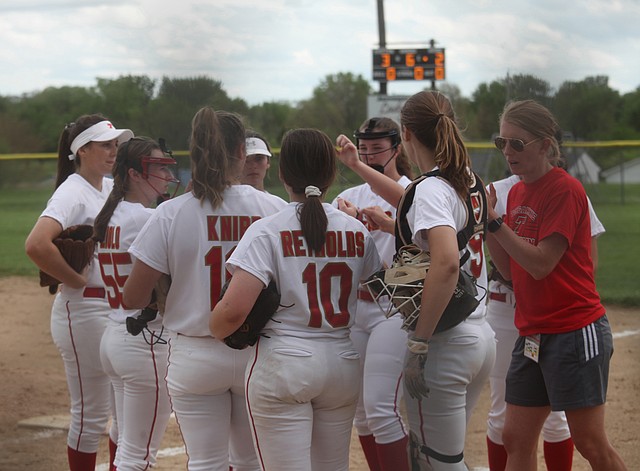 Tonganoxie High softball players gather between innings Monday in Meriden. THS defeated Jeff West, 3-2, in the game and led the second game, 3-0, in the fourth when the game was called due to weather.

The Tonganoxie High softball team suffered its first defeat in awhile Monday — well, sort of. Mother Nature won out Monday in Meriden in the second game of a non-conference doubleheader. Tonganoxie was up, 3-0, against Jeff West in the fourth inning. If the Chieftains could have gotten one more inning in, it would have been considered an official game, but the weather had other ideas. The thunderstorms might have won out Monday, but it’s possible the game will be finished up later this week, according to THS coach Stephanie Wittman.