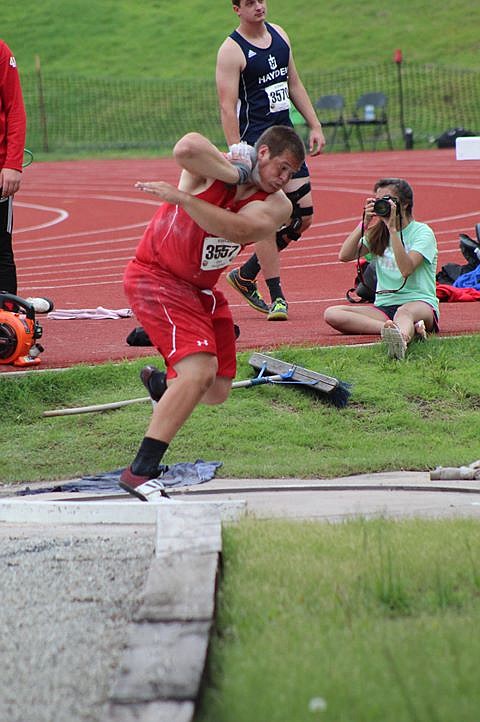 Tonganoxie High junior Cole Sample reacts to a throw during the State Track and Field Championships in Wichita. Sample won the shot put and placed third in discus.

Sample also won bronze in the discus. He came into state with the seventh-best regional mark and then left with a Top 3 finish. He took third third with a 163-0 throw. Winfield senior Matt Everett won the event with a 183-9 throw, while Sample’s fellow Frontier League representative Lemoses White from Piper placed second. The senior won silver with a 163-0 throw.