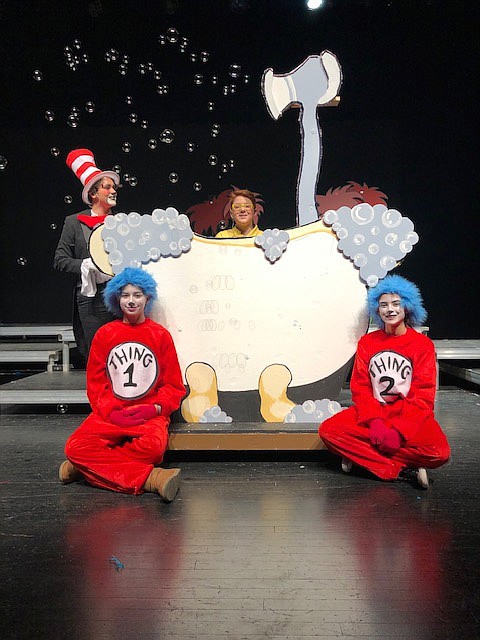 Tonganoxie High perform a scene from "Seussical" this past week at the Tonganoxie Performing Arts Center. THS students presented the musical Thursday, Saturday and Sunday.

The Tonganoxie High School Drama and Music Departments presented three performances of “Seussical” this past week. Students performed Thursday and Saturday nights, with a matinee on Sunday. Cast members for the THS fall production were Casey Snyder as the Cat in the Hat, Joseph Fletcher as Jojo, Jacob Howell as Horton the Elephant, Lauren Lawson as Gertrude McFuzz, Emilie Crowley as Mayzie La Bird, Andrea Zesati as Sour Kangaroo, Chloe Ferguson as Young Kangraroo, Caden Phillips as Mayor of Who, Ashtin Barnes as Mrs. Mayor, James Works as the Grinch, Hunter Calovich as Vlad Vladikoff, Payton Lynn as Judge Yertle and Keira Bevelry and Sara Celeen as Things 1 and 2.