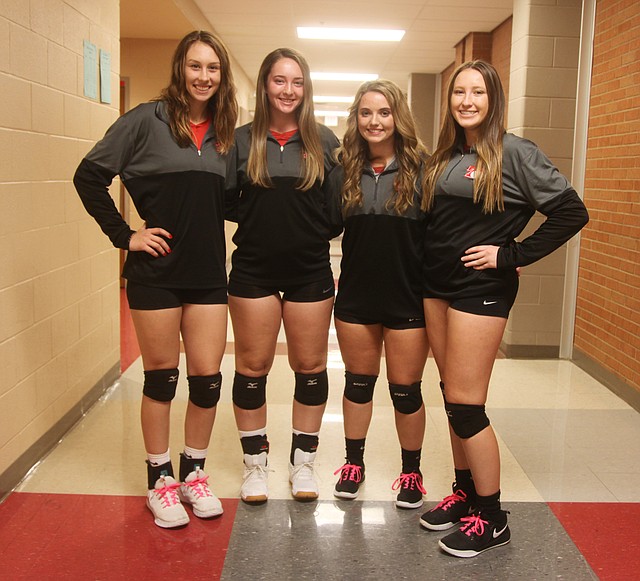 Tonganoxie High volleyball wraps up the regular season Tuesday and soon will find out to which Class 4A substate the Chieftains will be traveling Saturday. THS was 13-19 heading into Monday’s match at Atchison (26-12). Tonganoxie also played Tuesday against Eudora (23-13).

Energy is a buzz word for Tonganoxie High volleyball. Seniors on this year’s squad talk about it. Coach Chrissie Jeannin talks about it. It’s the team’s strength, they say. It’s also a weakness when the team isn’t consistent with said energy. Take Thursday’s home match against Louisburg (17-10). Tonganoxie came out swinging in the first set before falling 25-18. The Wildcats then dominated in the second set, 25-8. Jeannin was proud of how the team responded and the energy it brought in that final set, another 25-18 decision, as LHS swept the match. “How they played in that third set is how we should play every set,” Jeannin said. “When they play like that, they compete with teams.”