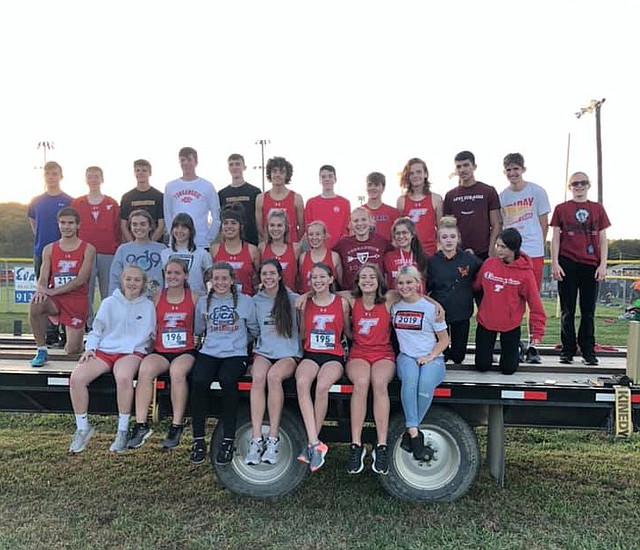 Tonganoxie High boys cross country won its second Frontier League title in as many tries with Thursday’s team title at its home course. THS won the meet with low score of 51, eighth points ahead of runner-up Spring Hill. Chieftain freshman Eli Gilmore was the team’s leading runner, taking second with a time of 16 minutes, 36.91 seconds. He finished about 14 seconds behind individual champion Owen Roelichen. The Piper senior won the meet with a 16:36.91 time.