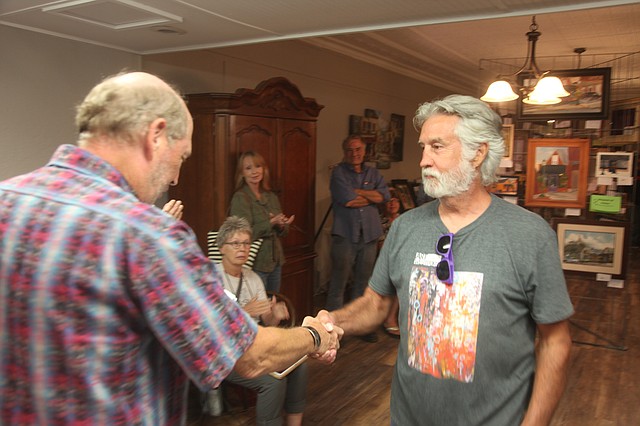 Artist Ken Bini receives an award from judge John Hulsey during the Plein Art Festival on Aug. 31 at the Village Event Venue in downtown Tonganoxie.

This year’s Plein Art Festival brought 30 artists to Tonganoxie and received $3,600 in prize money Labor Day Weekend at the festival, which happened alongside the Sunflower Stroll in downtown Tonganoxie. Ken Bini won the overall Best in Show award for his painting of a Tonganoxie scene. He received $500 for the winning painting. His painting will be the collectible print at next year’s festival. Bini was one of 30 plein air artists competing in various paint-out competitions based on six paint-my-place paint outs and four public paint-outs.