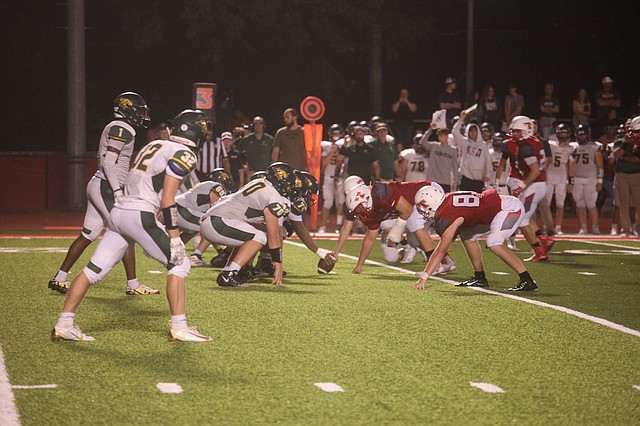 Tonganoxie High lines up against Basehor-Linwood on Friday at Beatty Field. The THS football team won its inaugural game on the new field turf with a 49-28 victory against the archrival Bobcats.

Archrivals. Class 4A clash of top 10. New turf. No problem. Tonganoxie High faced its biggest rival Friday. The script was hard to beat and the game itself couldn’t have played out much better. THS and Basehor-Linwood battled back and forth in the first half before Tonganoxie strung together 35 unanswered points on its way to a 49-28 victory on the first football game to be played on the new Beatty Field turf. After forcing Basehor-Linwood to punt on its first possession, Tonganoxie drove just inside BLHS territory when junior Blake Poje threw an interception.