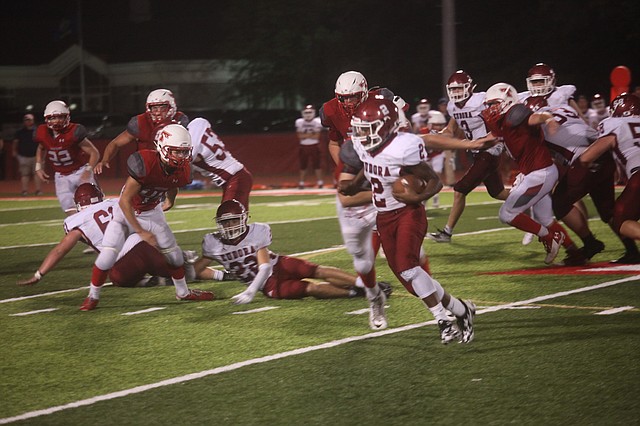 Tonganoxie High defenders pursue a Eudora running back Friday at Beatty Field. Tonganoxie won the game, 43-8, and improved to 3-0.

Tonganoxie High football continues to dominate in the early going of the 2019 season. THS dropped Eudora, 43-8, marking the second straight week the Chieftain defense held an opponent to a touchdown. Now 3-0 overall and 2-0 in Frontier League play, the Chieftains have scored 42 or more points in all three contests.