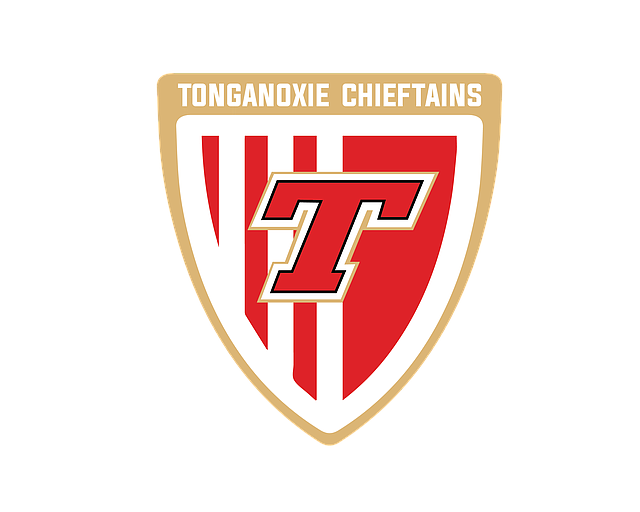 Junction City and Tonganoxie High battled in a back-and-forth affair Tuesday at JCHS, but the Blue Jays broke a late tie and won, 5-4, in the high-scoring match. The Blue Jays got on the board first, but Cuyler Kietzman helped the Chieftains even the score with a goal not long after the JCHS goal.

Tonganoxie High students go all out for pep club theme nights, but if tonight’s Class 4-3-2-1A regional soccer match were to be a White Out, Mother Nature might have that covered. Forecasts are calling for rain Monday afternoon, with a strong chance for snow starting at 7 p.m. — the same time the THS boys soccer team is set to start its regional match against Bishop Miege at Beatty Field.

Tonganoxie High celebrated its seniors on Tuesday in the upperclassmen's final regular-season game at home, but Seaman prevented the Chieftains from celebrating Senior Night with a victory. The Vikings scored once in the first half and again in the second for a 2-0 victory against the Chieftains at Beatty Field.

Tonganoxie High soccer picked up a road victory with two more matches left in the regular season this week. THS defeated Paola, 2-0, which moved the team to 8-4-2 on the season. Paola fell to 8-5-1.

The final three matches of the season this week will be critical in determining what seed the Tonganoxie High boys soccer team will have next week in its East Regional Bracket. THS plays Monday at Paola (12-1-1), Tuesday at home against Seaman (9-5-0) for Senior Night and Thursday at Eudora (9-5-1). Paola currently holds the No. 1 spot in Class 4-3-2-1A, with Eudora at No. 4. Seaman is No. 6 in 5A.

The Tonganoxie High boys soccer team has put together another winning streak. Tonganoxie now won its third straight match Monday with a 3-1 victory at home against Maur Hill-Mount Academy. The teams were scoreless in the first half. Tonganoxie scored first in the second half on a Daniel Zest goal. Maur Hill answered with the equalizer, but Tonganxoie was able to pull ahead and defeat the visiting Junior Ravens, thanks to goals from Javier Trujillo and Aaron Bitler.

Back-to-back victories this past week helped the Tonganoxie High boys soccer team move to 6-3-2 on the season. THS defeated Ottawa, 3-2, Thursday on the road. Tonganoxie had three different players score goals against the Cyclones, as Abel Mendoza, Grayson Sonntag and Aftin Boone all got the ball in the net for the Chieftains.

Tonganoxie High soccer players put themselves in position to extend their winning streak this past week, but opponent rallies prevented the Chieftains from picking up two more victories. THS played Oct. 1 in a Frontier League clash on the road against Louisburg at Wildcat Stadium. Tonganoxie senior Javier Trujillo helped the Chieftains build a 2-0 lead in the first half with two goals. LHS, though, responded with a goal in the first half and another in the second half. The Wildcats scored again in overtime for a 3-2 victory.

Tonganoxie High boys soccer has not lost since dropping the season opener. THS improved to 2-1-1 after back-to-back victories last week. THS defeated St. Mary’s Academy, 2-1, in double overtime on Tuesday and then outlasted Piper, 2-1, Thursday. Both matches were at home at Beatty Field.