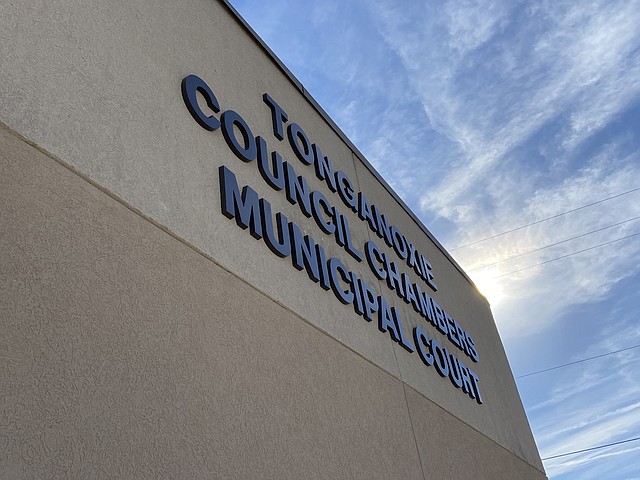 Tonganoxie City Council Chambers are moving to the former public library at Third and Bury streets. In-person meetings also available for viewing on a city YouTube Channel could start with the Jan. 19 regular meeting.

The Tonganoxie City Council will have a work session before tonight's regular meeting.

Tonganoxie City Council will meet tonight in a meeting rescheduled from earlier in the week.

Tonganoxie city staff will let residents know later this week whether Tuesday’s City Council meeting will be the first in-person session since the COVID-19 pandemic began or whether it will be another virtual meeting. The expectation as of Tuesday morning was for the meeting to take place at the new Council Chambers at Third and Bury streets in the former public library building, according to Assistant City Manager Dan Porter.

Tonganoxie City Council members signed off on membership in the Leauge of Kansas Municipalities for another year. The total fee is just below $3,120.

Tonganoxie’s new City Council Chambers still look to be on course to host the first in-person council meeting since last winter. City Manager George Brajkovic told the council during Monday’s virtual meeting that there were some hiccups on the IT front earlier Monday, but he anticipated the city to still be on schedule to have its next regular meeting in the larger space at Third and Bury streets.

A new Tonganoxie City Council member was sworn in a new way Monday during a special meeting. Jennifer McCutchen was sworn in during a virtual Zoom meeting Monday. Council members normally are sworn in during a traditional in-person meeting, but the council has been meeting virtually throughout the COVID-19 pandemic. Challenges with the size of the current council chambers at 321 Delaware Street and other factors have kept the meetings in virtual mode, though that soon could change.