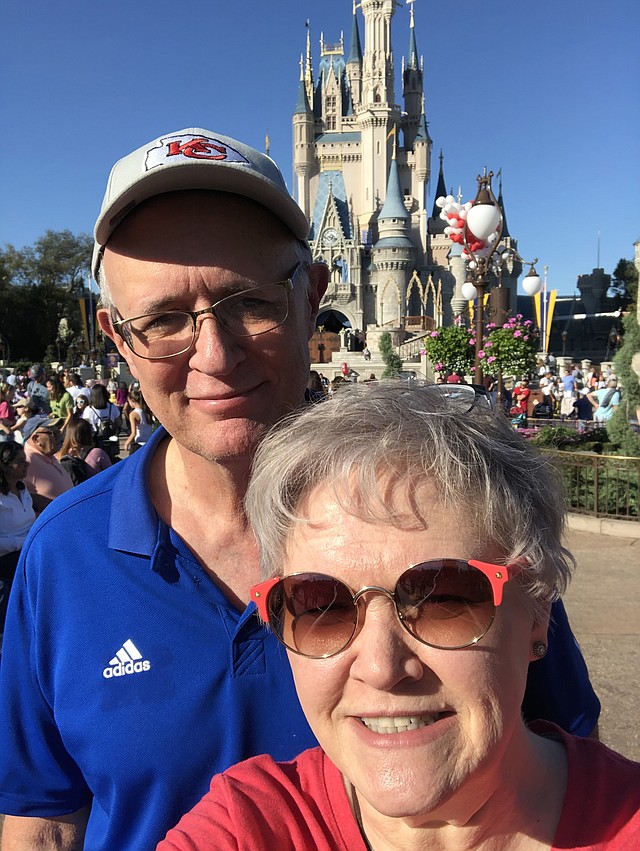 Paula and Steve Gish, Tonganoxie, are at the parade Feb. 3 at Walt Disney World in Orlando, Fla., for Patrick Mahomes. The couple was visiting family during a trip planned well before the Chiefs made their playoff run toward their Super Bowl chmampionship in Miami.

The stars seemed to align just right for a magical football season in Kansas City for the Chiefs Kingdom. The same could be said for Steve and Paula Gish as they got to see the Chiefs’ biggest star shine bright in the Magic Kingdom. The Tonganoxie couple had made plans months ago to spend the first weekend in February in Florida for Steve’s birthday. Paula’s sister lives near Sarasota, Fla., and it’s become a nice getaway and place to celebrate Steve’s birthday, which is Feb. 6.