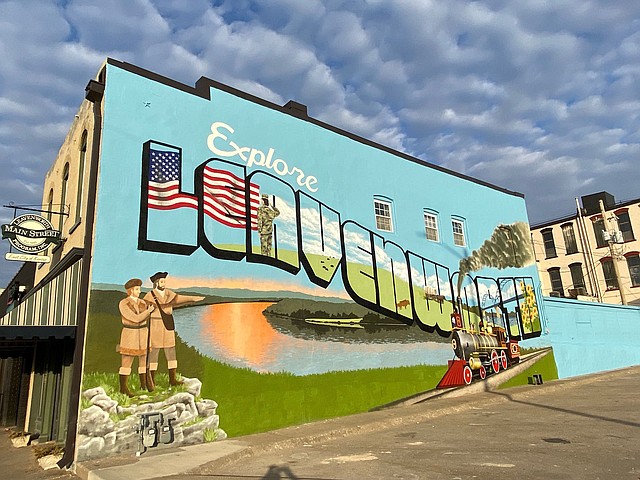 Leigh Coffman is creating this mural near Fourth and Cherokee streets in downtwon Leavenworth. Coffman said she will do an additional mural on the wall as it extends to the north.

An artist's journey: Coffman opens gallery in downtown Tonganoxie near where father, grandmother once had local businesses

Leigh Coffman has come full circle in her hometown — and she’s followed in her family’s downtown business footsteps in the process. Coffman, who previously operated Heartland ArtWorks in a small retail center between Tonganoxie and Basehor, moved her art business this past month to her hometown. She now has Coffman ArtWorks at 420 E. Fourth St. in what formerly was Dr. Richard Dean’s optometry office and then most recently Fun and Fabulous Floral and Gifts.