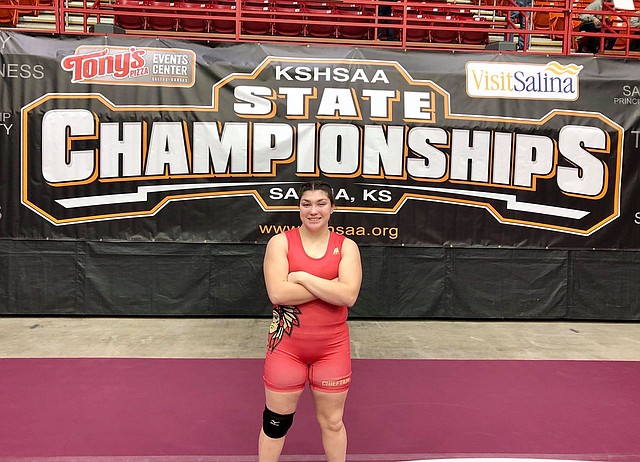 The rookie did pretty well in the inaugural year of a new state-sanctioned sport. And though a technicality is preventing her from a chance to win bronze, Thursday was an historic day for Tonganoxie High freshman Holly Colvert. Competing at the first KSHSAA State Wrestling Championships in Salina, Colvert fought her way through the consolation bracket.