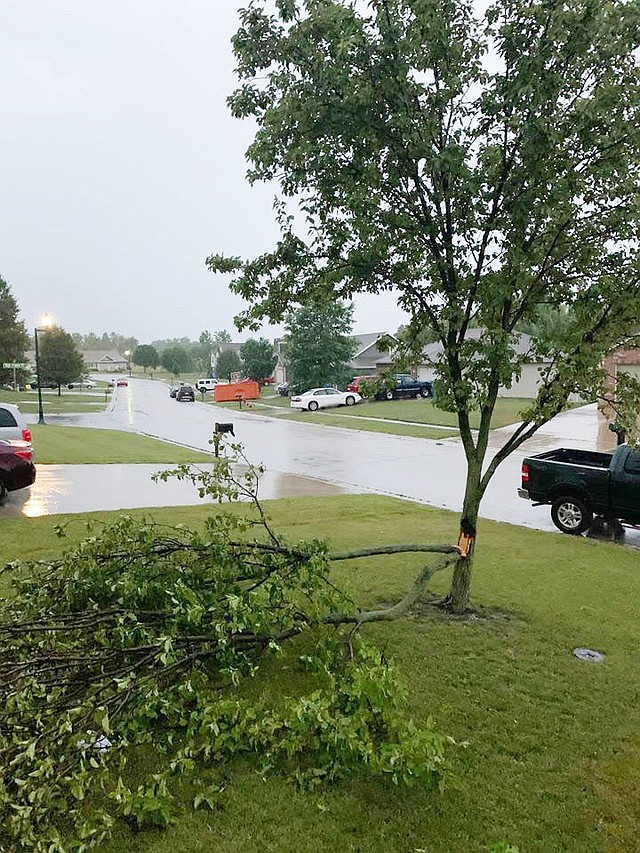 A severe thunderstorm early Saturday morning left some Tonganoxie residents cleaning up debris from trees damaged during the storm.

Tonganoxie residents were cleaning up Saturday morning after an overnight storm brought some hail and strong winds that caused damage to several trees. City residents can drop off tree limbs and brush from the storm, in the lot next to the Tonganoxie City Fire Station on Fourth Street if they have some debris still to move. The city is allowing the drop-off for two weeks after the storms, so residents still have some time.