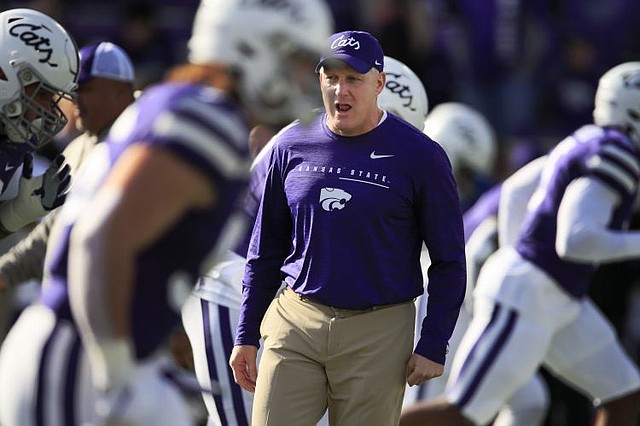 Kansas State football coach Chris Klieman with his players before the Wildcats take on West Virginia during the 2019 season.

Kansas State football players have called off a threatened boycott in response to an insensitive tweet by a student about the death of George Floyd. The decision, announced on social media by several players, follows moves by the school to address diversity concerns.